I’m a print journalist, a photographer, editor and designer, now getting into podcasting and radio. I have so many friends and colleagues who are veterans in radio and brilliant at what they do. Anne Johnson is one of those. She was one of the first to encourage me as I ventured into a new medium, which I’m forever grateful to her for. 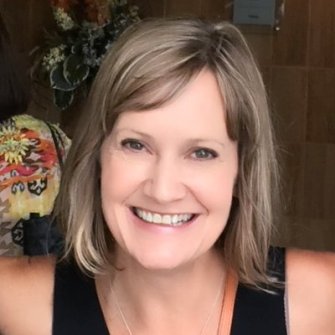 Anne’s recently published book, POTTY-MOUTHED: Big Thoughts from Little Brains, shares conversations she and her husband have had with their daughters starting when their youngest was about 2 years old.

Constantly curious, I lobbed these questions to Anne and she sent them back with answers.

K: What were your girls’ reactions when they first learned you were documenting what they’d been saying?

A: They had no idea until I started writing the book. For years I typed their words and wonders onto my iPhone, stowing them away for later. Occasionally I posted the most humorous bits to Facebook, but the kids had no idea what Facebook was. It was only after I drafted the manuscript that we all sat down and read through the hundreds of moments. The girls laughed with glee when they realized they were a) funny and b) just a little bit famous.

K: What was it like getting permission from your family to publish this book?

A: When we went through the manuscript, the girls let me know what was OK and what was not. Poop and toots are funny up to a certain age (in my case 100!), but as kids round the corner toward “tweendom,” privacy becomes more important. My oldest also was quick to point out the moments in which my written thoughts were slightly unkind. She told me not to include them because they made me look, well, unkind. And while we all have our “judgy” moments, it’s best not to highlight them. (Note: The conversation we cut had to do with my daughter’s attempt to learn the violin. Anyone who has tried to play the violin knows it’s a slow start. I merely observed that in one of my posts.)

K: How did you pick which of their remarks made it into the book?

A: We chose the ones we considered to be funny, poignant and relevant. Some of my favorite conversations centered on pop culture and were too time-sensitive to last. Think Bieber, Blurred Lines and Daft Punk. Need I say more?

K: Social media has played a part in the way you created this book. Do tell.

A: Without social media there would be no book. The reaction I got to the early posts inspired me to keep recording the girls’ conversations. I loved getting positive feedback from friends and fellow parents. It was a former journalism student of mine who first suggested the book, and the idea gained momentum from there. When I took the plunge to write, I asked my Facebook hive for possible illustrators and reconnected with a friend from college. The idea was to have just a smattering of drawings, but his work was so good, POTTY-MOUTHED became a comic book.

K: Tell me more about “mommy juice”. Must it be Italian or can it be from any region?

A: “Mommy juice” is famously cheap and of low quality. After my husband and I realized our exciting social lives were firmly in the past, we resorted to bulk buying wine from Trader Joe’s. Turns out Two Buck Chuck isn’t so bad.

K: You protect your girls’ privacy, but they have been going to some of your book events. How are they dealing with the attention they are getting?

A: They seem to enjoy it, but I’m aware of the potential pitfalls. Right now they really want to read some of their own funny moments. That might change as they get older. The important thing is: They approved the content, so they aren’t surprised. Last night at a reading, some of the toot jokes made my older daughter “facepalm,” but she laughed because she knows the actions of a 4-year-old do not draw a straight line to the 11-year-old of today. Note: I also regularly add money to the therapy jar.

K: Are you still documenting the nuttier conversations you have with your girls? Can we expect a sequel?

A: A sequel is ready and waiting if this book is successful. I have hundreds more moments to share, and many of them are funnier and smarter than the current book because the girls are older. I still write down and share some current conversations, but less frequently. Now that the girls know what I’m doing, they occasionally ask me to write down what they say, and that’s too meta for me. Also: No matter how funny puberty might be, it’s just too personal. I value my daughters’ trust too much to cross that line.